I was thinking of not posting anything today, (To give readers a respite) When a ESH Whatsapp Group to which I had been added to with about 1800 Members, a gentleman posted details about a Major Explosion in a Pharmaceutical unit at Amdavad, Gujarat. It appears this incident which happened, Tuesday 8th March, appears to have had major impact on the business on this company as Stocks have fallen by about 5%. I am also informed that there appears to be loss of life ( Not officially confirmed Hopefully not the case of death). The facility has been closed by GPCB/ Factory Inspectorate pending investigation.

While details are sketchy, it appears that a Centrifuge operational area due to accumulation of toluene, Hexane Vapors in the area, an exhaust fan was switched on, leading to explosion and fire spreading to tank farm etc.

Incidents like these which are common in solvent/haz chem handling were the precise reason the PSM Standard OSHA 1910.119 was introduced in West during 1991. (Shamed by Bhopal 1984) 27 years on, there are no such official guidelines / legislations, to implement in the developing world. In the absence of such enforcement, such incidents become routine thus leading to loss of lives, property, business impact. I am given to understand that this facility is Indian entity ventured as a Multinational one, spread mostly in Europe/UK! I wonder if lessons of norms, that are required there were transferred as knowledge transfer?? 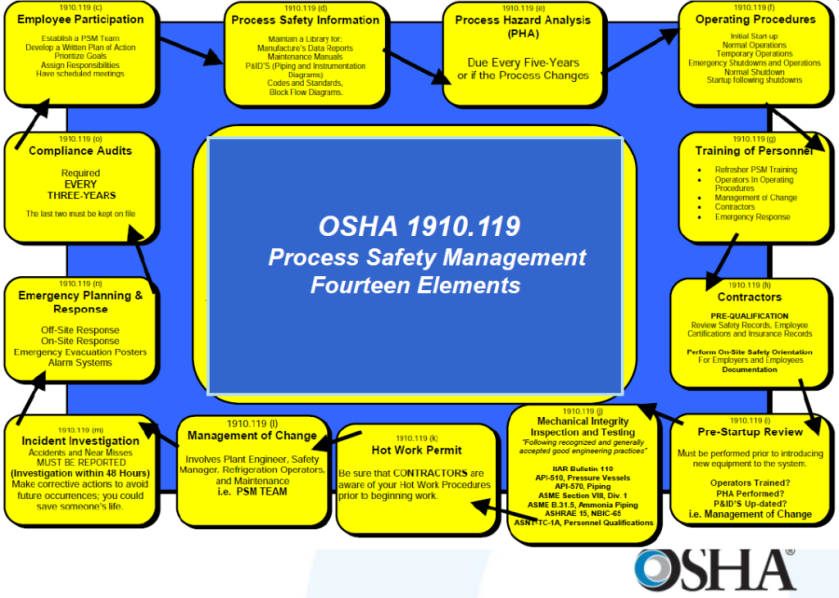 I keep saying to Indian folks in my site visits, that voluntary compliance is the way to go for operational excellence. Government/legislature have hundereds of other things in mind and EHS/Welfare are the last items in their agenda. If we wait for legislature /laws/rules to guide us and then implement them as call of duty, we would be going nowhere!!! In this context, the recent HAZ chem labeling standard in USA was totally an Industry lead initiative of Dow, Dupont, Wal-Mart. Sworn enemies 2015, Republicans and Democrats Joined hands to vote 403-12  when pushed to make that a law!! (Even India and Pakistan may agree on some aspects!! not them!!!)

That sort of initiative is required here to make ESH a non entity to business so that you don’t worry about accidents, loss to property etc. Even when such incidents happen once in bluemoon, one can take consolation that whatever could have been done to prevent such incidents has been done!!!

I wonder, if I see it happening in my life time??? Probably not??

Lives in Bangalore. HESS Professional of 30+ yrs experience. Global Exposure in 4 continents of over 22 years in implementation of Health, Environment, Safety, Sustainability. First batch of Environmental Engineers from 1985 Batch. Qualified for implementing Lean, 6Sigma, HR best practices integrating them in to HESS as value add to business. View all posts by Karthik B; Orion Transcenders. Bangalore.

2 thoughts on “Explosion at Pharma Unit! Is it Legal Requirement ?????”

This is a text widget, which allows you to add text or HTML to your sidebar. You can use them to display text, links, images, HTML, or a combination of these. Edit them in the Widget section of the Customizer.